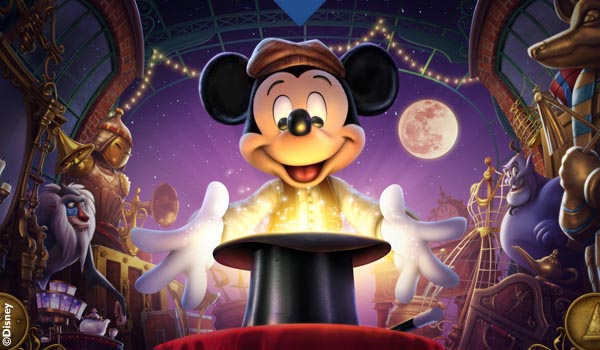 – Self drive with return Channel crossing with P&O Ferries

Enjoy all the magic of Disneyland® Paris with more than 50 attractions, shows and parades, plus the chance to see some of your favourite Disney® Characters.

Departing throughout February to March 2017, there’s so much to look forward to on these fun-filled family breaks, from only £89pp. Simply choose from a selection of Disney® Hotels, then pack the car and you’re on your way! 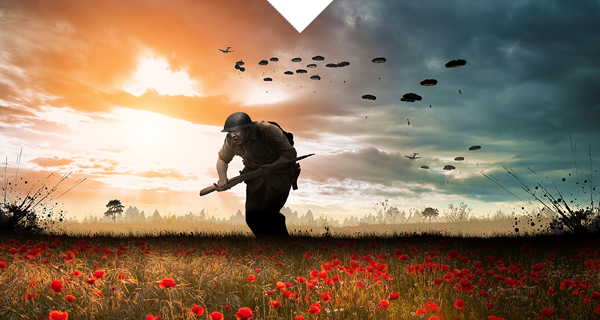 Walk in the Footsteps of Heroes® on a Leger Holidays Battlefield tour.

The range of tours featured throughout our NEW 2017 brochure is unrivalled; covering the major conflicts of WWI, WWII and other significant wars, including Waterloo, The American Civil War and the Boer and Zulu Wars of South Africa.

Every tour is led by a Specialist Battlefield or Historical Guide, whose knowledge and passion will inspire and enhance your experience.

Raise a glass to our heroes on this new tour, combining many battlefield sites from both World Wars, with visits to a selection of the best breweries, many of which were affected by the conflicts and whose beers were drunk by the troops.

The Battle of Messines in June 1917 witnessed the largest man-made explosion in history, until the atomic bomb exploded under the Messines Ridge as part of the British attack on high ground near Ypres. Join us on the ground exactly a century later.

On this new tour we look at some key aspects of the Holocaust in the area that was German occupied in Poland during WW2, plus examine the experience of war for the Polish people.

The Italian Campaign by Air

Italy was considered the ‘soft under-belly’ of the Third Reich, but saw some of the toughest fighting in WWII. This moving journey of remembrance features visits to Salerno, Anzio and Monte Cassino. 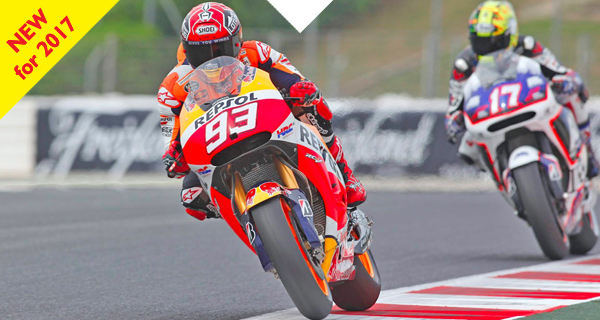 Witness the speed and excitement of these state-of-the-art motorcycles, as you experience first hand the adrenaline of MotoGP with Leger Holidays!

Does Lorenzo or Marquez have what it takes to be champion next year, or will Valentino Rossi continue to mount a challenge? Find out and be part of the action at the Circuit de Barcelona-Catalunya (on sale soon) and TT circuit in Assens, bookable today!

Assen is a narrow circuit, with tight corners and rapid changes in direction. Known for its extravagant atmosphere, it’s a huge favourite with riders.

With long straights and a variety of corners, the Circuit de Barcelona-Catalunya is seen as an all-round exciting circuit.

Be part of the NEW-est RHS flower show

Situated in the heart of Derbyshire, Chatsworth is home to the Duke and Duchess of Devonshire. It’s a family home, a working farm and a living landscape – could there be a more beautiful setting for a flower show?

The newest RHS Flower Show at Chatsworth promises a very different kind of show, breaking the boundaries and blending traditions with an unexpected, innovative design.

Our stunning NEW tour combines admission to this spectacular show, with visits to the charming market town of Bakewell and popular Matlock Bath.

Famous for its puddings, explore the picturesque town of Bakewell situated within the Peak District National Park, nesting on the River Wye. 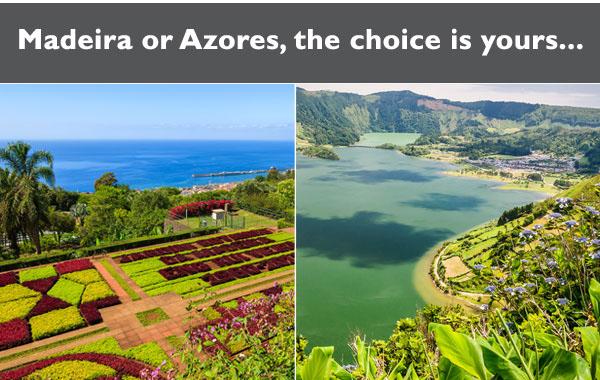 We’re excited to introduce two NEW tours for 2017 to Madeira and the Azores, which one will you choose?

On the delightful island of Madeira, known as the ‘floating garden’, you can immerse yourself in the historical architecture and monuments of Funchal city; delight at the beautiful tropical gardens; enjoy sampling the local wine and even try one of the oldest means of transport on the island – wicker-work sledges.

Alternatively, discover the exotic Azores, an alluring archipelago consisting of nine fascinating islands in the middle of the Atlantic Ocean. See the most beautiful sunsets, explore the magnificent scenery, or indulge in the hearty Azorean cuisine. 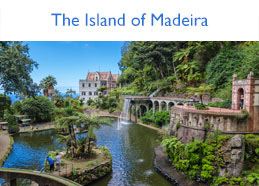 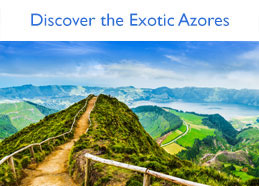 Have yourself a merry Christmas… 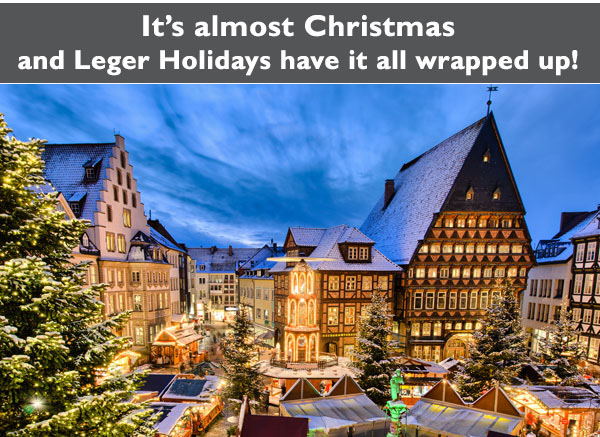 That’s right, Christmas is creeping closer! Which means shopping lists as long as your arm, cooking for a small army and mountains of washing up – so why do some say ‘it’s the most wonderful time of the year’? Because they spend it with us, of course!

Enjoy Christmas Day in strong>Austria with a morning sleigh ride followed by dinner and dancing, or New Year’s Eve in Lake Garda experiencing the festivities. Visit the magical markets of Cologne with their brightly coloured stalls, or sail into the spirit of Christmas on a relaxing River Cruise passing stunning scenery including fairytale castles.

However you choose to celebrate the holidays, spend it with Leger on a festive getaway that’s bursting with seasonal cheer… 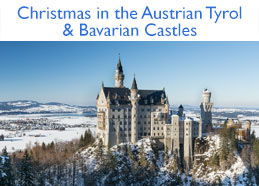 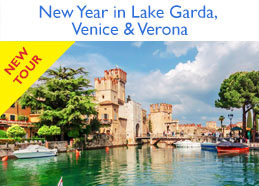 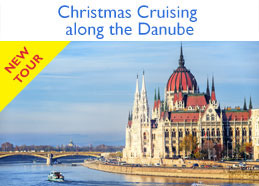 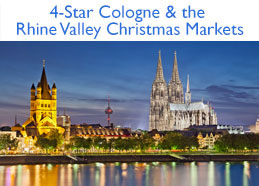 What’s the hottest destination but the coolest country? 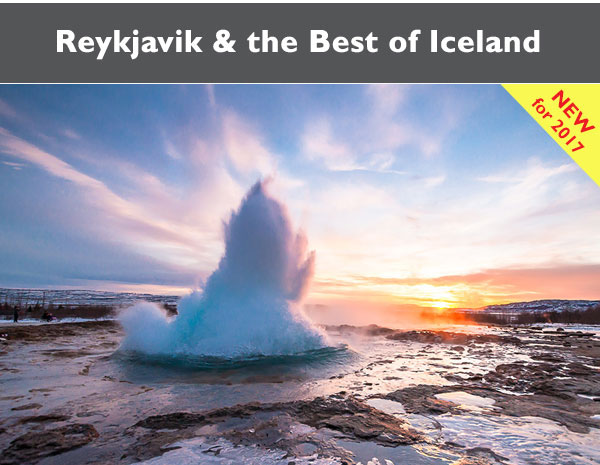 One of the hottest destinations in the world at the moment – or maybe one of the coolest, if we’re talking a little more literally – is Iceland, and we’ve just launched our new tour there! We wanted you to be one of the first to hear about it.

On our fantastic 5-day tour, you can take a stroll along the black sand beaches of Reynisfjara and see the famous Reynisdrangar – basalt rock stacks that rise from the sea; visit Seljalandsfoss waterfall, where you can walk behind this magnificent wall of water, right into the slopes of Eyjafjallajökull volcano; explore Reykjavik and its beautiful old town and bustling harbour, from where you can enjoy a spot of whale watching; and a must-see is the Geysir Hot Spring Area, home to more than a dozen hot water Geysers including the famous Strokkur that blows up to 100ft into the air. 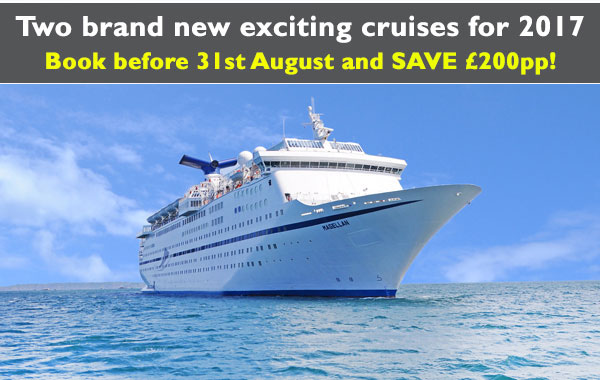 Leger Holidays are delighted to bring you not one, but two brand NEW cruise holidays, with departures from UK ports and included transfers.

The first is a spectacular 10-day cruise along some of Norway’s most impressive fjords. See green hillsides, majestic mountains and cascading waterfalls. Plus, you can enjoy a ride on the amazing Flåm Railway and visit Oslo, home to the Royal family and parliament.

Alternatively, cruise north to the remote and beautiful Faroes and Scottish Highlands and Islands and discover fascinating traditions and cultures, historic cities and uncover the mysteries surrounding ancient sites, each time you step ashore!

What’s more, in addition to the massive £200pp saving, we’re also offering half-price Travel Insurance* on bookings made by Saturday 6th August 2016 – so don’t delay secure your place today! Follow the links below to view the full itinerary of your chosen tour.

*Based on standard cover 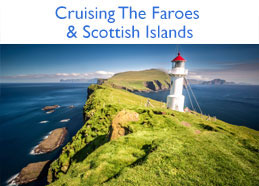 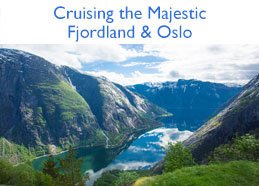 Out of this world…Norway at its best! 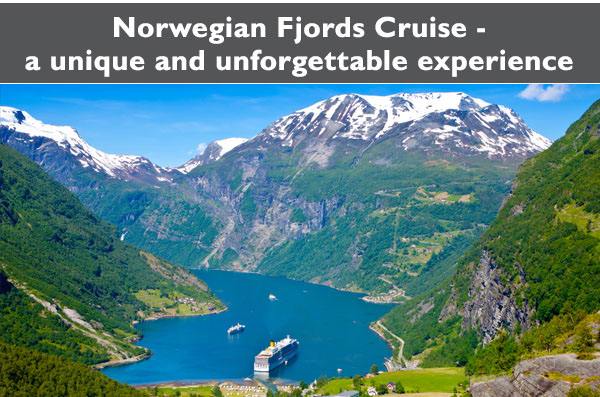 Enjoy a 9-night cruise exploring the stunning scenery of the Norwegian Fjords, mountains, valleys and glaciers. 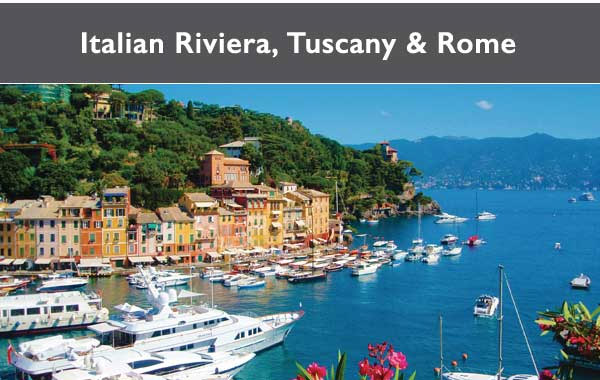 Rain one day, sun the next. Those who have ever experienced a typical British summer will know that the best solution is to leave the country! Elegant resorts, picturesque hillside villages and glamour make this two-centred tour a wonderful escape.